My honours project and final year of my bachelors degree are coming to a close. The final submission data is the 28th of April but my goal is to have everything finished up a tad earlier than that. Hopefully by the 21st everything shall be finished and prepared for printing, then a few exams and finally out into the big bad world of post-graduate employment or further education!

Anyways, this post is a quick update of the final submitted status of the project. I won’t have time to add more in before the projects finale but will no doubt continue to tinker and improve it over summer. Firstly, the poster. 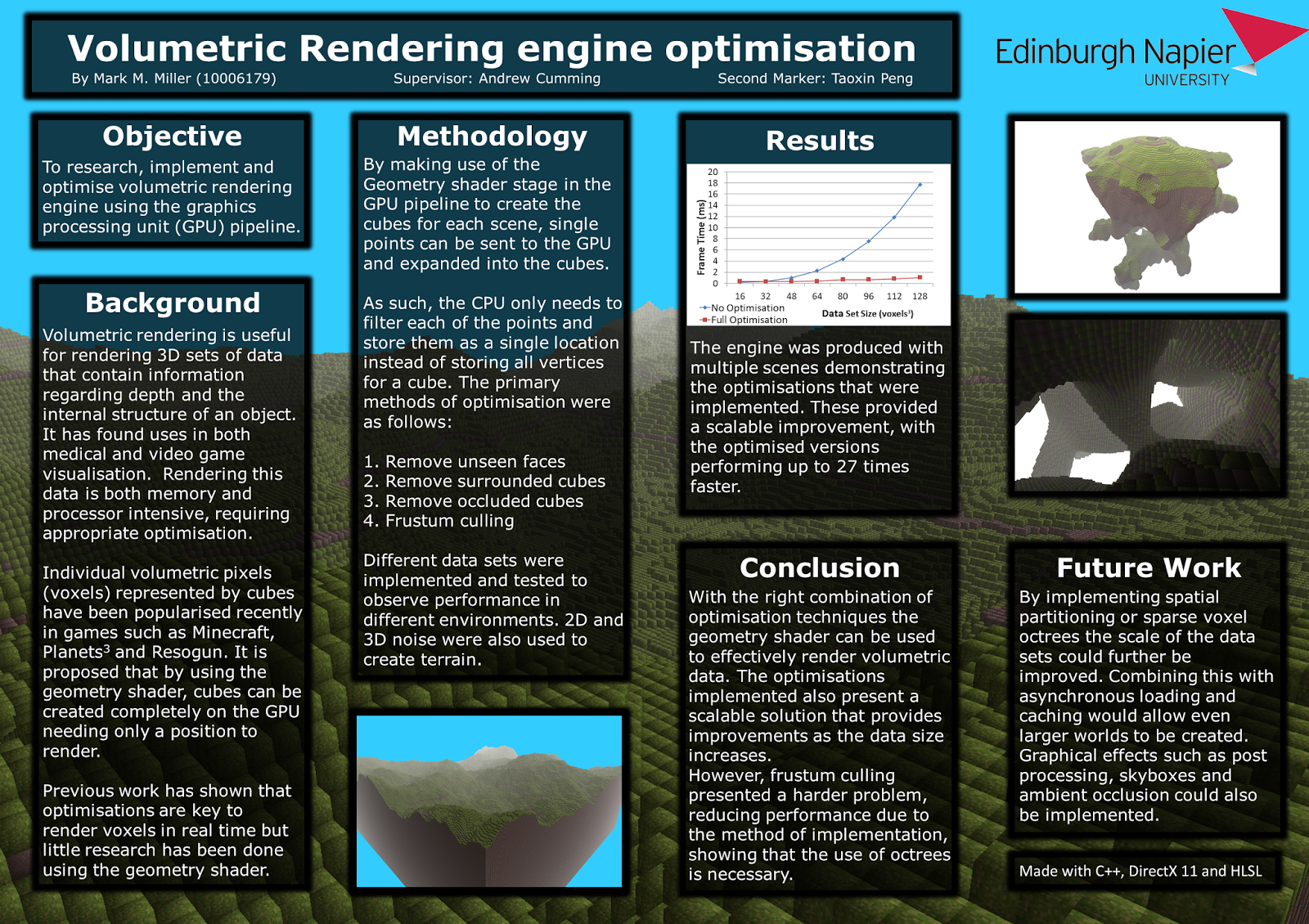 So I presented this poster last week at the poster presentation sessions and, for the most part, everyone understood the purpose and goals of the project. As for the production of the final project, a fair amount of progress was made and the results were also fair. Further improvements could have been gained from implementing sparse voxel octrees, however this is something I’ll have to add in the future.

Some of the interesting images and effects that were gathered over the project can be seen below. 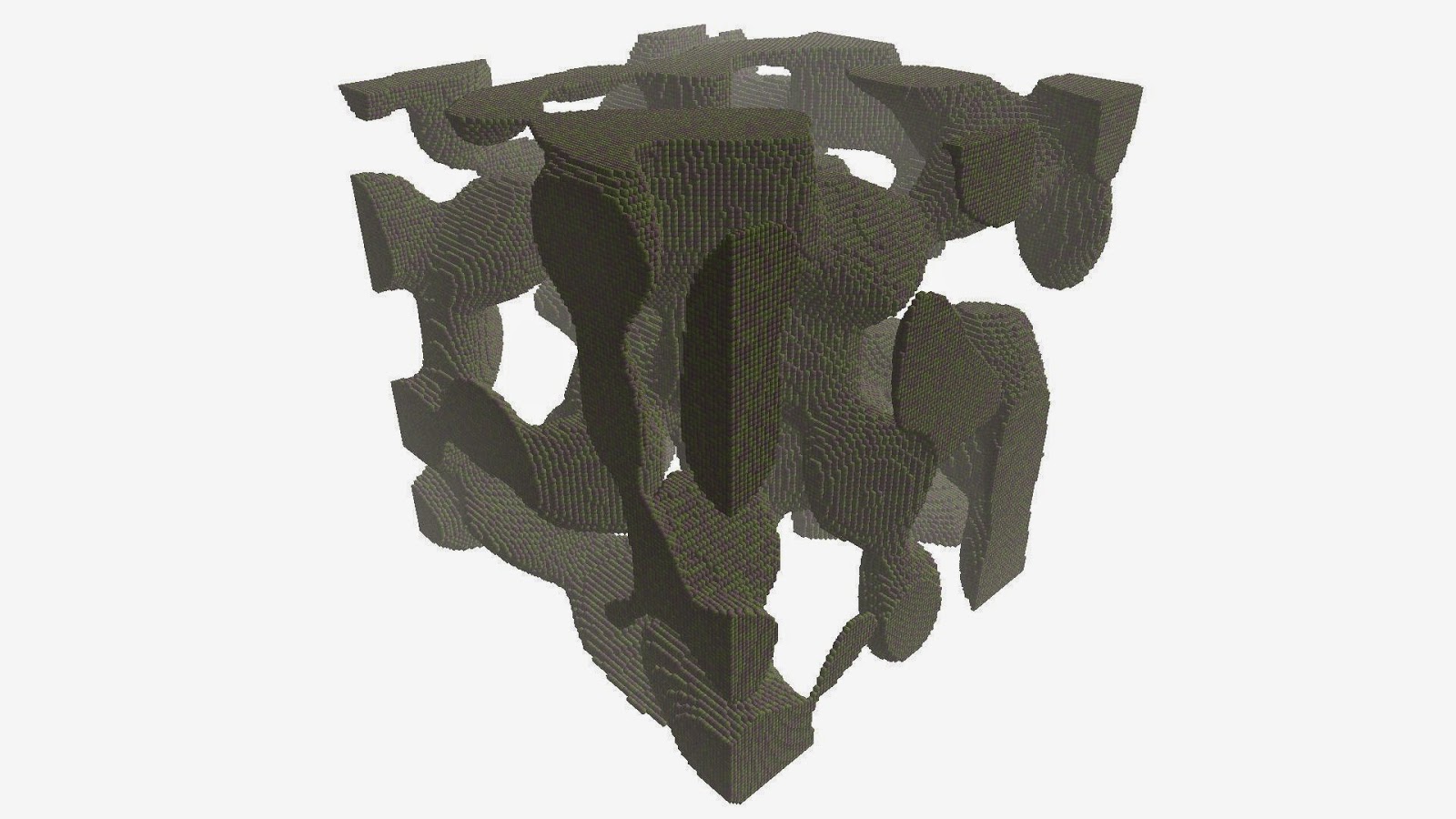 The above blobby terrain was a simplex noise structure, rendered, in this case at 128^3 resolution. 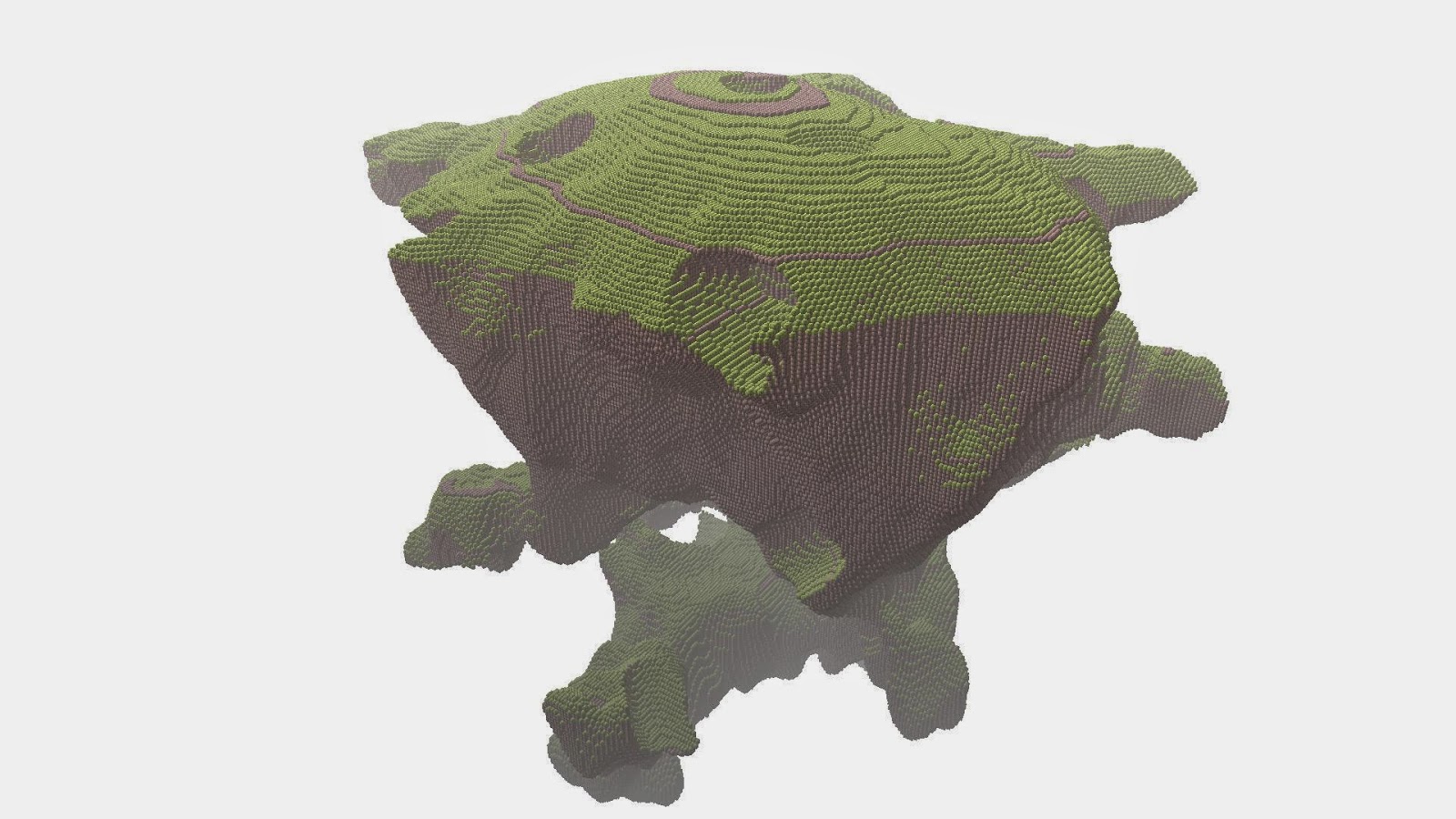 One of the more interesting structures and prime inspirations for this project was the floating rock structure made by Florian Boesch in this post here. 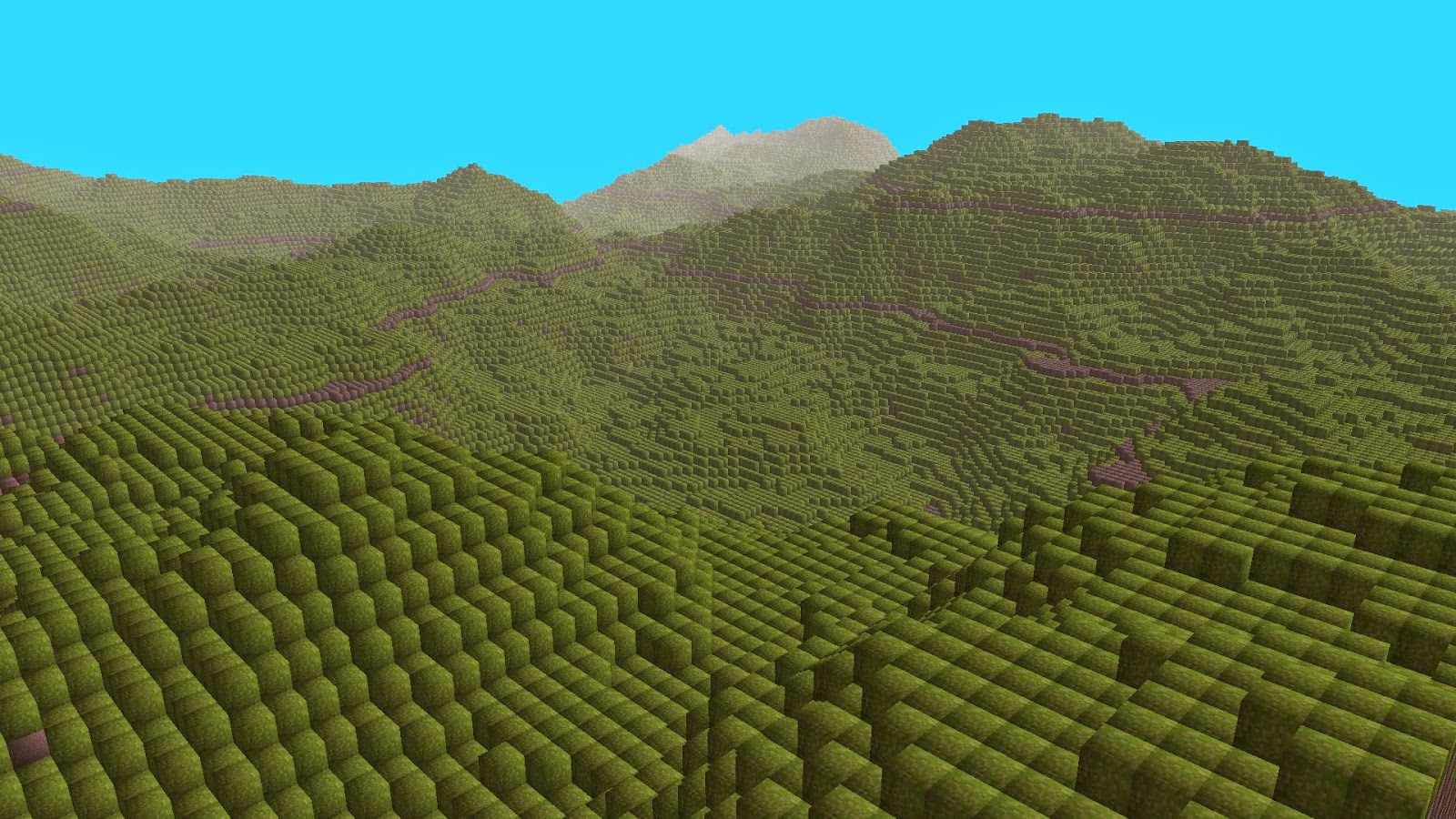 Perlin noise was also implemented to generate landscapes, much like in games such as Minecraft. 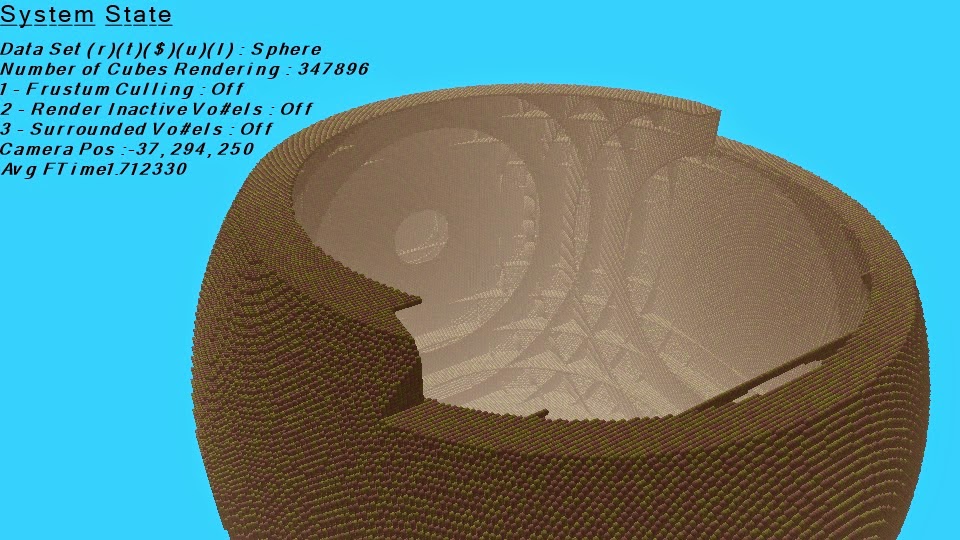 A few other interesting effects were found, included after the optimizations of certain structures such as the sphere, which created interesting geometric patterns on the inside.

The main purpose for this project was the use and implementation of geometry shaders to prove their effectiveness for a task such as this. Whilst the engine produced worked well and could render things efficiently, a more scientific method would be required to prove how effective it is in comparison to other techniques.

Anyways, the main task for just now is getting the dissertation sorted and writing up about all the findings. On an unrelated note, saw this awesome project that generates colourful triangle based backgrounds using D3. Time to get back to the grind…